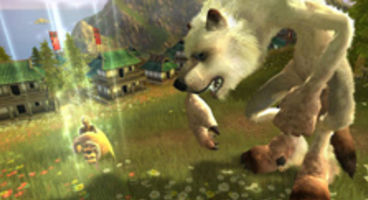 Lionhead Studios' Black & White game, featuring you as the 'hand of a God', would be "super cool" with Kinect ponders creator Peter Molyneux.

It involved the player "reaching in and touching" the world which would "really factor" with Kinect he said. It's unlikely he has the time for it though.

"The Black & White series is really interesting," Molyneux told UGO during E3. "Maybe it is something I should re-visit, but that's just me thinking, here now." The series ended with the Black & White 2: Battle of the Gods expansion pack.

"The original Black & White -- with the hand, reaching in and touching and stroking, you can really factor that with Kinect, and it could be really super cool," he said.

"The trouble with being a designer now is that there are way too many ideas than there is time to develop those ideas," he said.

Would you welcome a return to Black & White, videogamer?