Peter Molyneux believes there's plenty more to 'invent' yet for Xbox 360, as it's only near the end of a cycle does the "most spectacular" get made.

Also the Lionhead boss admits his Black & White weather idea, about it mirroring your local area, was a really "dumb, stupid idea." He 'woke up'. 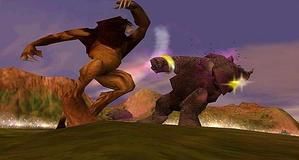