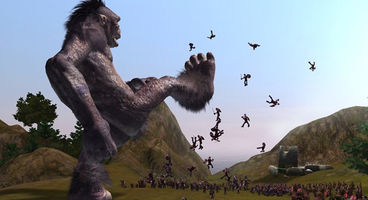 The studio definitely has Fable properties on the go with Fable Legends, and the Fable Anniversary re-release. Other creations include Black & White, and The Movies.

Of course their most recent years have been Fable releases with the most recent being Fable: Heroes and Fable: The Journey. They aren't just the 'Fable house'.

"We're working on other different sorts of games as well that we're not talking about right now and won't be Fable-esque," teased studio boss Needham. A LinkedIn profile of a now former Lionhead employee revealed that the developer had an "unannounced project" in the works that they had worked on.

Lionhead director Stuart Whyte added: "We've worked on a number of Fable games. We did The Movies. We did Black & White. We're not just a Fable studio. Judging by where we are at the moment we've had a lot of Fable games in recent times, but I wouldn't say that we're just Fable. I can't really say any more at this point!"

Most importantly: Will this new project be coming to PC or are desktops getting snubbed once more? The Fable Anniversary release isn't coming to PC, which was the series original home alongside Xbox.

Black & White was published by EA in 2001 and The Movies by Activision in 2005. Microsoft acquired the studio in 2006 and has since been focused on the Fable series, with Fable 2 an Xbox 360 exclusive.