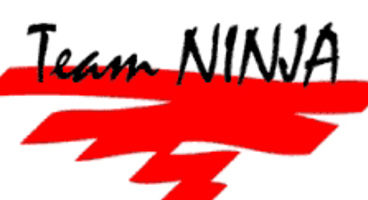 Team Ninja studio boss Yosuke Hayashi says that since Tomonobu Itagaki left, each developer can "think for themselves" and be creatively free.

Before Itagaki-san went ideas tended to "always revolve around" a few individuals, "a certain braintrust," making all decisions. Now their "powerful".

"I've been with Team Ninja ever since I graduated from college, so everything I know about the game business I learned from Team Ninja," said Yosuke Hayashi in an interview with Famitsu magazine, translated from Japanese.

"Seeing the people who taught me the ropes leave was something I never imagined happening, and to be honest, I felt like I had no idea where to go next. But later I realized that just because they had their reasons and beliefs that led them to leave, I didn't have to follow them along." Tomonobu Itagaki left abruptly two years ago.

"It was a chance for not just myself, but for all of us at Team Ninja to rethink our approach to game development. That's what led us to have the team we have now, the people that stayed on as Team Ninja members."

Itagaki-san's split from Team Ninja was far from cordial with each side blaming the other. Even today that animosity can still be felt with Yosuke Hayashi not referring to his former boss by name but rather 'senpai' - a general term meaning 'my superior'.

"Fans were nervous, as they had a right to be, but as long we can release games we're satisfied with, we'll be able to build our confidence and players will feed off of that. Koei have been a great support to us, as have a lot of other companies in the industry, directly or indirectly," continued Hayashi-san.

After my senpai left, I actually expressed to the company that I didn't want people going "around calling us the 'new' Team Ninja," he said.

"I've been with the team both before and after the moves, and while some people left, that doesn't really change what Team Ninja is doing. Calling us the 'new' Team Ninja would be turning our backs on that history, and I really didn't want to do that. That's why we changed nothing, not even the logo." Tomonobu Itagaki leaving has been 'great'.

"The old Team Ninja had a certain braintrust, a group of a few people, and game development tended to always revolve around them," he commented. "That meant we couldn't really expand our development lines much, but with Team Ninja today, each developer can think for themselves on what they can do to make better games."

"There aren't many studios that can think organically like that. I really feel like we're working together and combining our forces to create the best games we can, and in that way, I feel confident in saying that Team Ninja right now is absolutely the most powerful team in history." Right now Team Ninja is working on Metroid: Other M, Dead Or Alive for Nintendo 3DS and of course Ninja Gaiden 3. Tomonobu Itagaki has his own new studio.