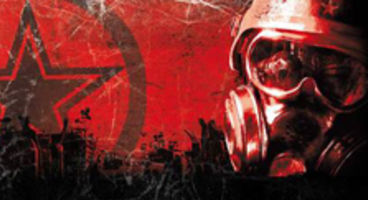 THQ's core games VP, Danny Bilson has announced a sequel to Metro 2033 is in the works and it will fully support 3D. 1 of 4 THQ games for 3D.

Nvidia and THQ have Metro 2033 "in 3D right now" as a "key demo" product. A 3D sequel will cost extra but they're there at "low risk and high quality".

"We're going to be doing a 3D version of that on Metro 2034 - the sequel. And there will be some engineering costs there, but that's in our lowest cost centre in the world. Those games are unbelievably reasonable, they're built in Kiev," said Bilson, reports CVG.

De Blob 2: The Underground is also a 3D sequel, out in March 2011, and Saints Row is heading for Nintendo 3DS. "Some people were confused about why we'd go into a market where there's only one percent TVs," Bilson added.

"It's about a great game and a plus up on the marketing side. We're there at low risk and high quality, but, again, we'll have to see how that market grows and what value is there." Fresh DLC for Metro 2033 is on the way adding new weapons and such.

It'll be out in "the very near future" promise THQ.