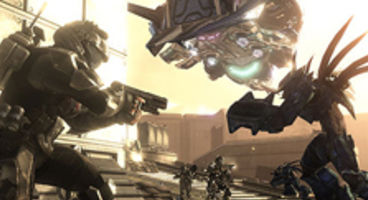 Microsoft has been enjoying a bumper crop in Xbox 360 sales these past 3 months, selling 2.8m, and they largely cite this down to Halo: Reach.

It's a 38 percent rise of sales from the same period of July to September from '09, while Halo: Reach pulled in $350m its first two weeks on sale.

The corporate giant also noted the "continued strong Xbox Live membership" that was driving their Xbox business, although no specific figures were given by Microsoft. The company overall drew in $16.2bn from July to September this year.

Xbox 360 accounts for $409m of the Entertainment and Devices Division's $1.8bn. It's good to be King, eh? Did you help bloat those Xbox 360 figures, videogamer?