Xbox marketed as "more as an entertainment brand this year" 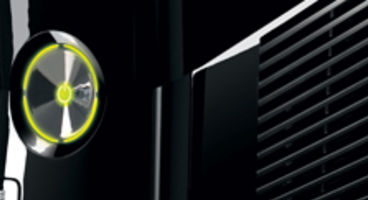 Microsoft's corporate communications VP Frank Shaw has officially blurbed what the giant intends with the profit-bulging Xbox platform as we move forward.

They've been "turning up the heat" on how we think about Xbox, and E3 next week will give us a chance to "see how far we've come." 40% non-game usage.

That's right, you may scoff at the idea of these platform holders marketing their hardware as more than just a videogames console but the numbers don't lie. Around 40 percent of Xbox 360 activity is in fact not related to videogames.

"The vision for Xbox is straightforward: All of the entertainment you want," said executive Shaw. "With the people you care about. Made easy. That is why you've seen us invest in partnerships with ESPN, Netflix and Hulu. That is why we've baked social directly into the experience with Xbox Live – connecting gamers, friends and families across the globe."

"That is why you'll see Xbox marketed more as an entertainment brand this year. And that is why we're investing so much in Natural User Interface technologies (speech, touch, gestures) to make the entertainment experience that much easier - and more fun."

"With Kinect, we've made NUI real for millions of people, and we've only begun to scratch the surface of what's possible," he continued. Project Orapa is Microsoft's not-so-secret development of combining Xbox Live with Mediaroom IPTV. Xbox 360 owners could, if an app is developed, control TV, social networking, music and video through Kinect.

It's speculated by some circles that E3 2011 will feature Project Orapa. "For the last 10 years at Microsoft, we've been turning up the heat on how we think about Xbox, and next week at E3 you will get a chance to see how far we've come," said Shaw.

"Let's look at the numbers and then take a look at what they mean and what the future holds. Just for starters, we've sold more than 53 million Xbox 360 consoles, and Xbox has been the top-selling console in the last year. There are more than 30 million Xbox Live members. And more than 10 million Kinects have sold to date."

"Those are pretty big numbers for a device that, until recently, had primarily been purchased by hardcore gamers. But something interesting has happened in the last few years. While people are still playing a ton of video games, 40 per cent of all Xbox activity now is non-game. Put another way, we're seeing an average of 30 hours of video consumption per month per Xbox, a number that is growing fast."

"And people are expecting more – more options, more games, more videos, more entertainment. "Put simply, Xbox = entertainment and is core to our entertainment strategy. Around the world, the Xbox connects more people to online content and communities through the largest screen in the house than any other device."

What 'other devices to come' would those be, Mr Shaw? E3 2011 is sure hotting up and let's not forget that Kinect is soon to be officially PC friendly. Do you find yourself firing up the Xbox 360 console for activities beside videogaming?