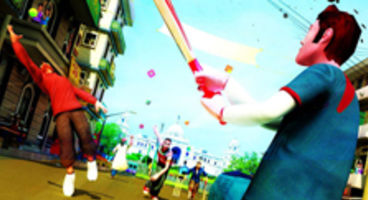 Trine developed the first Street Cricket Champions for PS2 and PSP. The sequel is completely PlayStation Move enabled, and due late October.

Sorry but the experience of playing cricket in the street is monopolised by India and so Trine Studios are producing an exclusive title for the subcontinent. Given the vast population in the country, and their love of cricket, it shouldn't need to leave.

Street Cricket Champions will feature no licensed teams as it's all about amateur groups getting together in the streets. PlayStation 3s aren't region locked so you could import it, although the language barrier might be a bit much to overcome.