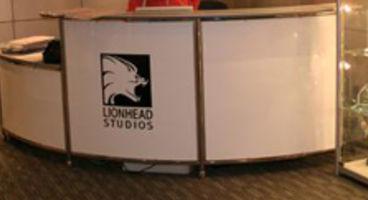 "Some people in the audience will be thinking, I don't want to use Kinect. I don't want to jump around all over the place - I want to sit down. That's only thinking of the negatives," said Molyneux. Fable: The Journey was thought of as an 'on rails' experience.

It isn't though which Molyneux apologised for not making that clearer with their E3 2011 debut. Kinect is the focus in any case. "Think about the positives about Kinect. The wonderful, amazing thing about Kinect is that it can see you," he said.

"The most amazing thing about the journey is that you can play it sitting down. If I'm going to tell the most emotional story in the fable saga, you'll have to be relaxed." While Fable II and III had the dog, and Black & White the creature, Fable: The Journey has the horse pulling our adventurer's cart. Lionhead also want it to pull our heart strings.

"This horse is one of the most amazing things we've ever created. He's going to have so much feeling for you. Think about combining the creature from Black and White, the dog from Fable and my hamster from when I was a child," explained Molyneux.

"I definitely want to make you cry. I want there to be a lump in your throat. I want you to remember this for the rest of your life. Why would I want to make a game that didn't do that?" The studio boss also says he prefers to work on new IP over sequels.

"I would always prefer to work on something that's not a sequel. Very often with a sequel you can get very bound up in what's gone before. I think Fable 3 suffered from a bit of that, to be perfectly frank." Molyneux has said before Fable could go on for ages.

"I don't like the idea that people know what to expect from Fable. I hate that idea." Is the second project an entirely new IP then? Would you prefer Lionhead go digging into their catalogue and produce a sequel to something, like Black & White maybe?