PC Game of the Year Awards

03 January 2011 | By RaveofRavendale
While the consoles may have seen some of the bigger gaming releases of the year, there is no doubt that PC developers are doing things that their PS3 and Xbox 360 counterparts can only dream of. Simple browser and freeware games are becoming such a huge deal, while the PC is still the place to be for great strategy games and MMOs.

Here at Strategy Informer, we locked ourselves away in the underground bunker for days on end, trying to finalize our list of the best PC games released this year. Finally we've emerged - so while we go and have a shower and change our clothes, why don't you check out our Game of the Year awards for the PC in 2010. 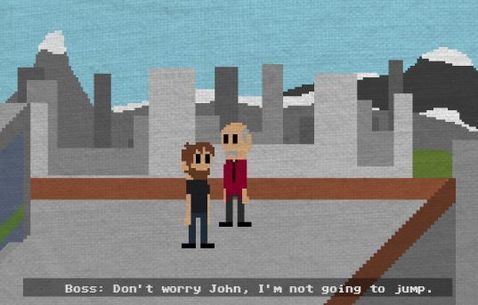 How's this for a concept - One Chance is a Flash game that follows the life of a scientist who accidentally unleashes a deadly virus on the world. With only 7 days left to live, he must choose whether to work on a cure, or simply give up and spend time with his family.

The twist is that you only get one chance to win - literally. After playing the game through, reloading the game will display your final scene from before, and you won't be able to play again. It puts a whole new edge on the situation, as you know that everything you do is of vital important.

You need to make those 7 days count, whether it be to save the world, have an affair with a co-worker, watch your family brutally murdered, or take your daughter for a walk in the park. After you've finished playing, you can then talk to other players and find out how their stories panned out. Give One Chance a go and see how you'd spend your last 7 days on Earth. 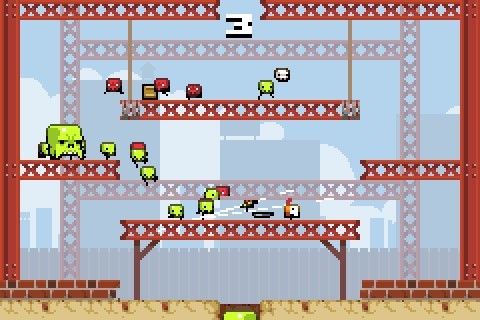 Distilling the retro platformer down to its most pure form, Super Crate Box is a hard-as-nails platformer that will have you cursing and smiling in each measures. As baddies emerge from a pipe at the top of the screen, you need to grab a crate, take the weapon from inside and blow them all to smithereens.

However, it's not as simple as that... the twist is that you don't receive score for killing baddies, but rather you need to grab as many crates as possible to rack up the points. This would be fine, except that some of the weapons you'll find in the crates are a little shoddy, and with so many baddies storming onto the screen, you won't exactly last very long unless you can quickly pick up another crate and find a decent weapon!

Having fun with Super Crate Box is easy, but mastering the game is one of the hardest experiences you'll have all year. It took us over an hour just to unlock all three levels, and another few hours to bag the extra modes. Whatever you do, don't check out the top scoreboards - they will make you feel very inadequate indeed. 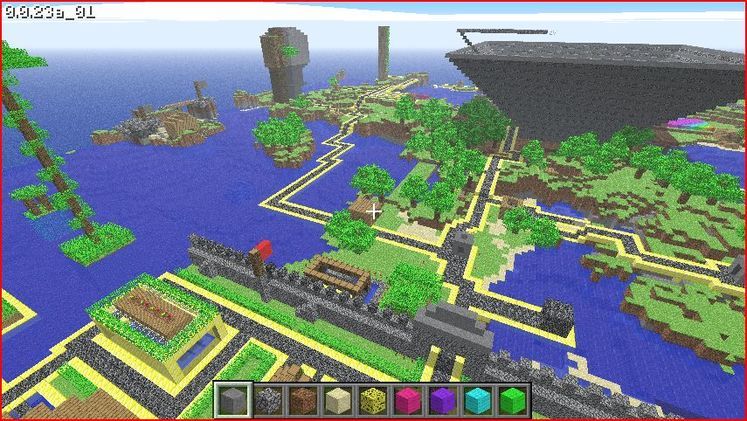 If you haven't heard about Minecraft by now, either you're stuck on a desert island with a volleyball called Wilson, or you're just a bit mental. Started back in 2009, Minecraft has swept the net this year, with over 900,000 sales in around nine months.

The premise is simple - you find yourself in a randomly generated, blocky world, and must gather together supplies, build yourself a nice hut (or castle, if you prefer) and generally go exploring. When night falls, however, a load of nasties come out to play, including skeletons, spiders and the dreaded Creeper.

Apart from the single-player survival mode, you can only jump into a server with a friend and build a world together. What has made Minecraft so successful is the number of communities, Youtube videos and stories people all over the world have shared with each other. If you still haven't tried it, we suggest you jump in right now, even if it is still only in beta! 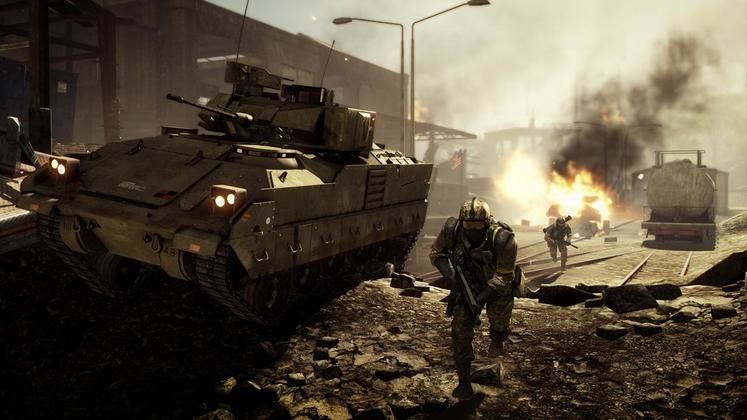 Knowing your enemy can be a huge advantage. DICE were clearly very much aware of the behemoth that is the Call of Duty series, and knew that they'd have to step up their game when it came to laying down the multiplayer components for Battlefield Bad Company 2. Even though we were anticipating Bad Company 2's multiplayer would be pretty great, we honestly didn't imagine that it was going to be this fantastic.

Conquest and Rush modes were back to keep the veterans happy, but it was the new additions that really hit the spot. Squad Rush saw a team of four attackers taking on four defenders, while Squad Deathmatch was all about the kills. The maps were far more compact and made for greater action too.

In a year when both Call of Duty Black Ops and the rebooted Medal of Honor were released, Battlefield Bad Company 2 shines through with its simplistic yet satisfying approach to team-play. Throw that copy of Black Ops away and bang Bad Company 2 on instead - your PC will thank you for it. 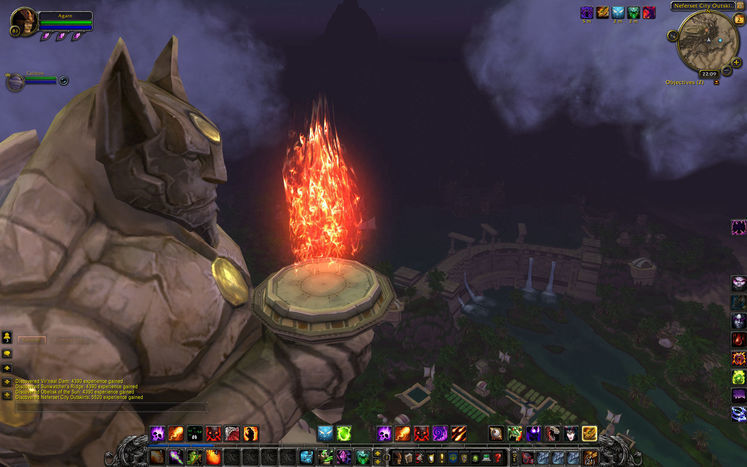 Yes, we know - Cataclysm is in fact an expansion pack, rather than a standalone MMO release. But you know what? Cataclysm has stirred up the world of... well, World of Warcraft, that there was no way that we weren't going to award it the MMO of the year award.

Before the pack had even landed, World of Warcraft was patched multiple times in preparation for the coming of the expansion, with strange cult-like 'the end of the world is coming' goings-on. Whole areas began to change, and nasty high level beasts started popping up.

You don't mess with a dragon called Deathwing the Destroyer, especially when he's just recovered from the last big battle, yet when he's ready to take a big bite out of Azeroth, something must be done. Grab your party and send that beast back to Deepholm where he belongs. 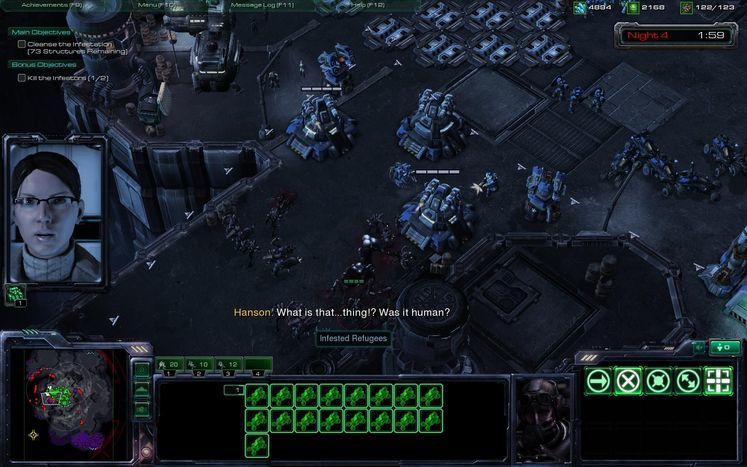 The original Starcraft was released way back in 1998, hence many a fan has been waiting patiently for its return for twelve years now. Starcraft II: Wings of Liberty follows Jim Raynor, an insurgent Terran who is battling against the Terran Dominion.

Starcraft II is easily the most polished strategy game we've ever played, with a hugely compelling storyline to boot. While the single-player is utterly fantastic from start to finish, it's the multiplayer that really got our blood pumping and our foreheads sweating, and you'll need to be on your toes at all times if you want to take your opponent down.

With two expansion packs coming next year, Heart of the Swarm following the Zerg race, and Legacy of the Void putting you in the shoes of the Protoss, there is going to be plenty more Starcraft II to enjoy, and there is no doubt in our minds that, as with the original, this game will be a hit for many years to come.

Game of the Year: Mass Effect 2 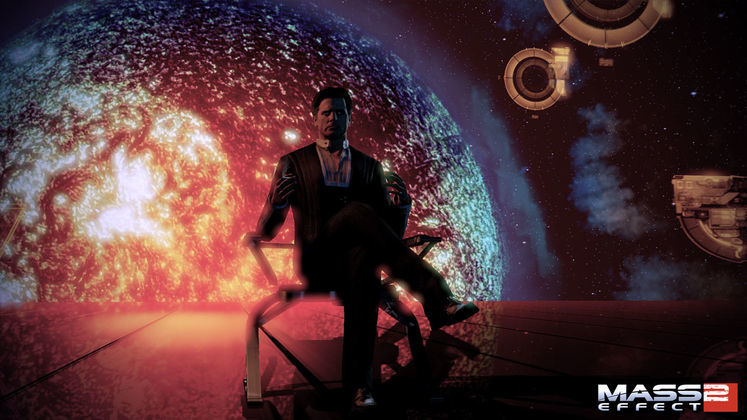 One of the earliest releases of the year, and easily one of the finest too. Commander Shepard was back in a big way, with the unique ability to drag him out of your original Mass Effect saved data and bung his stats into this new adventure.

Everything about Mass Effect 2 verges on perfection, from the action-packed combat sequences to the storyline that really sucks you in and doesn't let go until the last shot has been fired. And how can we not mention the gorgeousness of it all! No game in 2010 made us feel the way Mass Effect 2 did, with so many moments of blissful brilliance. This is Bioware at their most wonderful, and Mass Effect 3 cannot come soon enough.

After much deliberation, we have decided to name Mass Effect 2 our PC game of the year, beating off the highest of competition. Let's just hope that Mass Effect 3 knocks our socks off as much as this installment did!