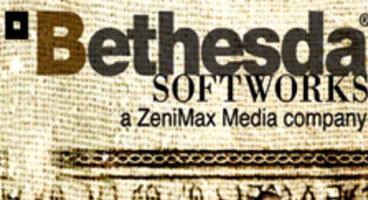 Pete Hines, Bethesda's VP of marketing and PR, says they've been acquiring studios to beef up their internal capacity for videogame projects - that's the goal.

They've also been offering publishing deals with developers too. They "look to find and work with" studios that "share common" philosophy with Bethesda.

The most recent acquisitions by Bethesda have been id Software and Arkane Studios. Tango Gameworks, headed by Shinji Mikami, and Machine Games run by a lot of former Starbreeze staff have also been snapped up by Bethesda parent company ZeniMax.

Hunted: The Demon’s Forge from inXile, Brink from Splash Damage and Prey 2 from Human Head are each being published by Bethesda. “The goal was to build up our internal development capacity,” said Pete Hines.

"We look to find and work with studios that share a common development philosophy."

"Sometimes that ends up in us doing a development deal like the one we are doing with Human Head, and sometimes that escalates and goes all the way to an acquisition like we have done with id, Arcane, Machine Games and Tango," he continued.

"It depends to the extent to which that partnership makes sense to take further."

"In terms of the studios we’ve acquired, they were all opportunities where both the developer and we felt like that becoming part of Bethesda as an internal studio made more sense in the long-term than operating as two separate things.”

They'll "continue to work" with developer studios in the future, as either a publisher or by snapping up the operation. The sale of id Software caused something of a panic among the former indie studio's fans but Bethesda seem to let them do their own thing.

Bethesda has continued to rise in prominence since the huge success of The Elder Scrolls IV: Oblivion and Fallout 3. More competition usually means more great games for us.