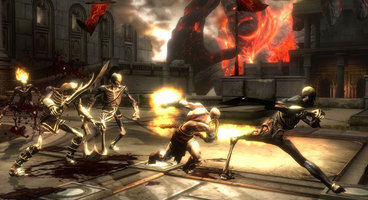 The talent they're looking to hire include:

Of course, it's more likely to be a new portable God of War game taking advantage of the graphic capabilities of the Sony NGP.