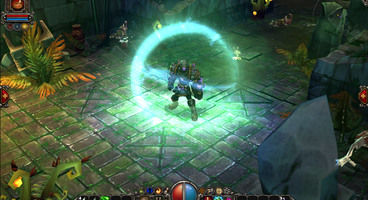 Runic Games has announced that Torchlight, the Diablo-like action dungeon crawler has sold over 1M units over the PC, Mac and Xbox Live Arcade platforms. The game received a boost during the Fourth of July celebrations with both a Steam sale and Xbox 360 Deal of the Week promotion.

Since the game's October 2009 release, the game had sold 500,000 copies on PC, with the rest of the sales coming after its launch on Mac and XBLA.

"We're very excited to share Torchlight’s success with our fans and supporters," said Runic president Travis Baldree in a statement. "It's been a great ride so far and we can’t wait to give everyone more of what they want in Torchlight II. It isn’t every day you sell a million games. We’re grateful to be here."

Torchlight II is due for a July release on PC on Steam.