PAX Prime 2013: Runic still has "no plans" for a console port of Torchlight 2

Despite Torchlight selling well on Xbox Live Arcade, Runic has stated that the developer still has "no plans" for a console port version of the popular sequel Torchlight II.

That includes fiddling with item and skill balances, level designs, animations, quests, "and much more," teased Runic. There's a conversion tool for old mods in this new era for Torchlight 2. 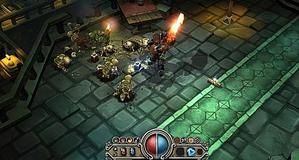