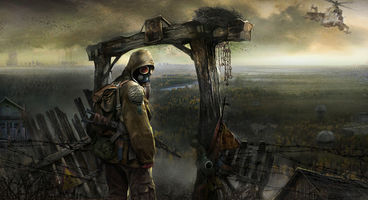 S.T.A.L.K.E.R. 2 is fairly early in development, but GSC Game World has announced that it would feature the dreaded "internet always on" DRM that has been inflicted on various games, like Assassin's Creed and Command & Conquer 4 in the past, and for the upcoming Diablo III.

According to GSC Game World head Sergey Grigorovich in a recent interview:

Protection from piracy? Part of the content will be located on the server and downloaded as the game progresses. Permanent internet access is required. Text information, code and quests will be loaded through that connection. Software piracy is an issue for us, we try to fight it, but within reason.

If people can not afford a licensed version, it is to our advantage if they download a pirated copy, and then want to buy a license. In Ukraine, there are different products that people love so much that they buy a license in principle. We want to create just such a product.

So far, only the PC version is confirmed. One might wonder if such a DRM will be included in a hypothetical Xbox 360 or PlayStation Network version.