Blizzard's "most ambitious" project is 'Titan', their "next big thing" 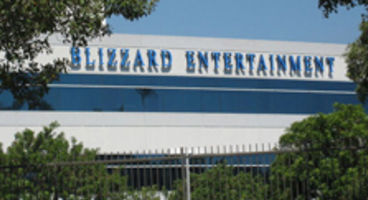 Paul Sams, Blizzard COO, has said their new MMO in the works "will eclipse" World of Warcraft in terms of success and interest from fans of the studio.

'Titan' is going to be their "next big thing" after Diablo III. He adds that many WoW veterans are "full time" on the new MMO, bringing over their experience.

The next MMO from Blizzard is codenamed 'Titan' and it's "the most ambitious thing we've ever attempted," declares COO Paul Sams.

"And I feel like we have set our company up to succeed on that. We have some of our most talented and most experienced developers on that team. Many of the people that built World of Warcraft are full time on that other team." WoW is still a very high priority.

"We've spent a lot of time over the last number of years transitioning those people off, and having great people below them that were trained up by them to run World of Warcraft," said the Blizzard boss. "Those people have been doing it for the last couple of years without the assistance of those people that created it."

"So, I think we've effectively protected that business as it relates to our development resources and capabilities," he added, "and at the same time taking some of those other folks that had all that experience and unleashed them on this new thing."

While 'Titan' may steal away World of Warcraft's spotlight a bit, Blizzard will always support their maiden voyage into the MMO space as long as it proves profitable.

"I see World of Warcraft as having many more years in front of it," he predicted. "We have over 12 million subscribers. We're continuing to grow and we feel very good about them. We're going to continue to support that product for many, many years to come."

They think Titan is "going to be very impactful in our industry and, we hope, very impactful to the world," Sams continued. "We think that that will be, after Diablo III, the next big thing from us. The thing that we hope will happen is that it will not stop World of Warcraft but we believe will eclipse it."

"We're very confident in that product. It's an awesome one," he added. "We're playing it already. It is a total ball to play. We think that the reach of that product is greater than anything that we've done before. We're very excited about that."

"I believe that it's the type of game that will have a very long life, much like World of Warcraft has." Blizzard has said many times that this new MMO creation isn't based on any existing franchise at the studio meaning they're gambling with a new IP universe.