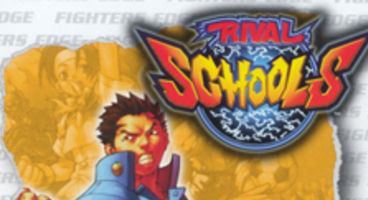 During an 'Ask Capcom' session a fan of 1997's Rival Schools put it to the group if the publisher will ever be resurrecting the age old fighting franchise.

It got a PSOne update in Japan that included a life simulator alongside the action. Frankly even Capcom "never know what franchises" will make a return.

"I won’t speak specifically about Rival Schools,” said Capcom's Christian Svensson, "but Seth, myself, Ono-san, Michael Pattison, who’s our head of pan-western marketing, and I sat down a week ago to discuss…let’s call it our long-term road map for fighting games. The future of fighting games.” Ono-san is SFIV producer Yoshinori Ono.

"I think it was actually titled ‘Blue Sky’,” added community manager Seth Killian. "Yeah, something like that,” said Svensson. They had an "extremely great ‘come to Jesus’ planning session, nothing of which I can talk about."

"You never know what franchises are going to show up in the next five years from us, but nothing I can talk about on Rival Schools right now; just that we’re thinking very carefully about our future fighting", continued the US VP.

Have you ever played 1997's Rival Schools, videogamer?