Take-Two naming next fiscal year titles in the "coming months" 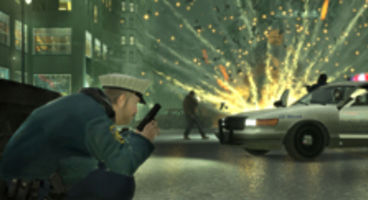 Noticeably absent from Take-Two's Q1 fiscal 2012 results were any mention of Grand Theft Auto, however more unannounced titles will be revealed soon.

An analyst asked Take-Two boss Strauss Zelnick how they plan to reach profitability without Grand Theft Auto pulling its weight in the charts, but he dismissed the question by noting they've got BioShock Infinite and Borderlands 2 to flex healthy sales.

"Looking ahead to fiscal year 2013, we have already announced three exciting new releases: BioShock Infinite, Spec Ops: The Line, and Borderlands 2, and we have a very strong pipeline of yet-to-be announced titles in development," said Zelnick.

GTANet.com raises an interesting point in that the last time Take-Two were optimistic in achieving a $2 per share net income they released Grand Theft Auto IV. This fuels hopes that Rockstar will be announcing Grand Theft Auto V in these "coming months".

Are you itching for more of Rockstar's dark humour with GTA?