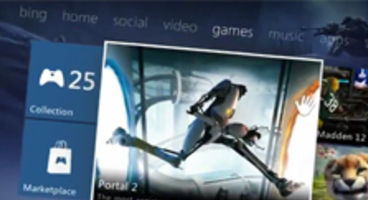 According to a new report, Microsoft's Xbox Live update for Xbox 360 will be going live November 25th. It brings a whole host of new features and a redesign.

The dashboard will use the new 'Twist Control' layout which integrates Kinect more. Microsoft's Silverlight has been modified for use by third-party studios.

Apparently the modified code is still being tinkered with in the run up to the late November launch. "The framework they’re being built on is code-named Lakeview, which is essentially a prettied up version of Silverlight with new features like Xbox Kinect’s voice recognition and gesture control," reports GigaOM.

Microsoft wants to leverage Black Friday in the US to help drive sales of the console with Kinect, which will have its greatest level of integration to date. In the UK there will be BBC, LOVEFiLM, Channel 4 and Channel 5 apps added to the dashboard.

Kinect voice recognition and voice control will be implemented fully to manipulate Xbox Live and support third-party applications. "The goal is to quickly mature the platform, with the potential of enabling other third-party developers to eventually use the Lakeview framework to build their own apps for the Xbox 360 console," continued the report.

Check out Microsoft's introduction of the new dashboard update below.