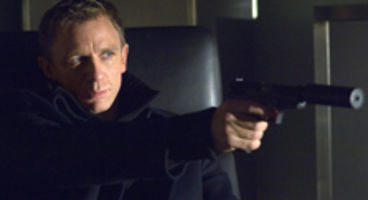 Film studio MGM has just okay'd a new James Bond film which means its tie-in videogame project is all steam ahead too. Activision has the 007 license.

It's likely that Raven Software, developer of Singularity, has the new James Bond project as they put one on hold not too long ago. Raise your martini!

"Yet another James Bond videogame, which also had been held up because of the uncertainty, recently got the go-ahead," reports Deadline.com. The new James Bond film will hit cinemas November 9th, 2012 providing everything stays on track.

Activision currently holds the 007 license for videogames and the now 90-day noticed Bizarre Creations developed James Bond 007: Blood Stone, to average reviews. Raven is the most likely studio to pick the project as they had a Bond game in the works.