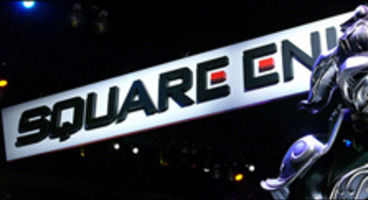 Publisher Square Enix has given early warning that their once ¥1 billion profit forecast as taken an extreme nose dive since February, to a loss of ¥12 billion.

They had to "write down goodwill" of ¥8.8 billion as they reassessed future cash flow more 'prudently', while another ¥4.5 billion was lost to cancelled projects.

Then there's the ¥600 million or so hit that was incurred from the devastation of the Japanese earthquake and tsunami. "Under a rapidly changing operating environment and more prudent estimates of future cash flows, the Company plans to write down goodwill (approximately ¥8.8 billion)," cautioned Square.

"Further, as a result of introducing a tightened selection standard regarding title lineup to strengthen the revenue base of the Company's digital entertainment segment, project development cancellation and related losses (approximately ¥4.5 billion) are expected."

Sales are expected to drop from ¥130 billion to ¥125 billion, but fiscal year 2011 is no longer rosy for the Final Fantasy house, especially compared to last year's ¥9.5 billion profit. It'll be time to tighten some belts over at the Square Enix house.