Quantic "lost between" 5 and 10 million Euros to pre-owned 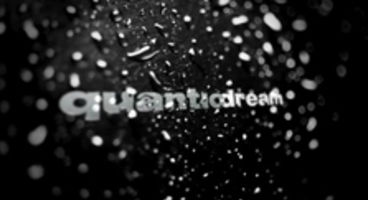 Guillaume de Fondaumiere, co-founder of Quantic Dream, says the "rise of second hand gaming" was the result of the recession on the triple A market.

The studio has sold "approximately" 2m copies of Heavy Rain but the PS3 Trophy system reveals "probably more than" 3m out there. Quantic 'denied' royalties.

"I would say that the impact that the recession had, especially on AAA games on console, was the rise of second hand gaming. And I think this is one of the number one problems right now in the industry," said Quantic Dream's Guillaume de Fondaumiere.

"I can take just one example of Heavy Rain - we basically sold to date approximately two million units, we know from the trophy system that probably more than three million people bought this game and played it."

"On my small level it's a million people playing my game without giving me one cent. And my calculation is, as Quantic Dream, I lost between €5 and €10 million worth of royalties because of second hand gaming," continued de Fondaumiere.

The studio boss says he sympathesises with the consumer but if developers can't recoup enough back from their projects then they'll stop investing in IP, hurting the industry long term as less gets released, especially new properties. "Now I know the arguments, you know, without second hand gaming people will buy probably less games because they buy certain games full price, and then they trade them in," he said.

"Well I'm not so sure this is the right approach and I think that developers and certainly publishers and distributors should sit together and try to find a way to address this. Because we're basically all shooting ourselves in the foot here."

"Because when developers and publishers alike are going to see that they can't make a living out of producing games that are sold through retail channels, because of second hand gaming, they will simply stop making these games. And we'll all, one say to the other, simply go online and to direct distribution. So I don't think that in the long run this is a good thing for retail distribution either," explained the co-founder.

It's time for a new industry wide price point?

"I've always said that games are probably too expensive so there's probably a right level here to find, and we need to discuss this altogether and try to find a way to I would say reconcile consumer expectations, retail expectations but also the expectations of the publisher and the developers to make this business a worthwhile business."

Check out the full interview between Guillaume de Fondaumiere and GamesIndustry.biz. Have retailers had it good for too long with the pre-owned games market? Should the stores share their second-hand profits with studios?