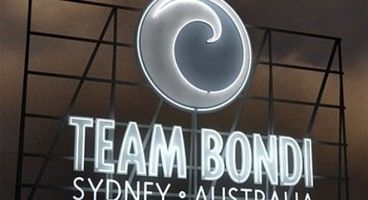 Team Bondi was shuttered this past summer, but founder Brendan McNamara, who was the writer and director of L.A. Noire, has announced that he's making a game based on what he calls "one of the great untold stories of the 20th Century".

Sydney-based developer Team Bondi was closed by Rockstar shortly after L.A. Noire was released, amid allegations of bad working conditions, with most of the staff and assets being absorbed by KMM studios. The shuttering was a learning experience for McNamara.

"I learnt a tonne of things from doing L.A. Noire which will hopefully play into what we do next," McNamara stated in an interview, "A lot of people who were working on L.A. Noire have gone across to KMM, some of them to be working on some of the film projects. A lot of the art and animation guys went across. Some of the people have gone to work in different Rockstar studios. I'm personally just writing some new stuff now, which I've been pitching around for the last couple of weeks. Hopefully I'll have something to announce on that pretty soon.

According to McNamara, there's still "paperwork" to be done before full development can begin. Fortunately, McNamara still has access to L.A. Noire's revolutionary MotionScan technology, which is owned by tech firm Depth Analysis. "I own some of the shares, and some other people own some of the shares. It's a limited company, and there are some other investors in that, too. Hopefully towards the end of that we'll have the full body stuff up and running. That could be pretty interesting, too."