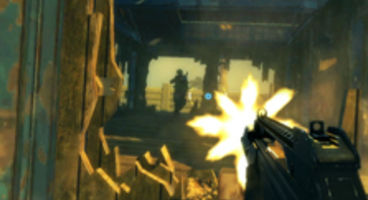 Publisher Codemasters is "proposing to retire" their Guildford outfit, which recently released shooter Bodycount. They want to "take greater leadership" in racing.

It means they're reassigning resources to strength their "best-in-class racing teams," which means Warwickshire and Birmingham studios get more investment.

A 30-day consultation period has begun for Codemasters Guildford and its 66 members of staff, where the publisher says they're "encouraged to apply for suitable positions on campus and in the Birmingham studio", with the campus being Warwickshire.

"As Codemasters looks to take greater leadership in the racing category, the company is proposing a studio structure that adds resource and strengthens our best-in-class racing teams," said the UK studio, renowned for its racing videogame franchises.

"The output from the studios on the Warwickshire campus and in Birmingham is on the increase with multiple continuing game series, brand extensions and new racing IPs in production." First-person shooter Bodycount suffered a lacklustre reception.

"Both the Warwickshire and Birmingham studios have won BAFTAs for their critically acclaimed, multi-million selling titles and the company is adding resource to ensure they constantly over achieve in this competitive sector."

Bodycount released on Xbox 360 and PS3 in September; it debuted 36th in the UK.