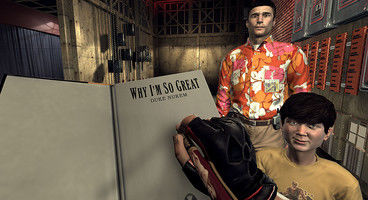 The Redner Group, a public relations agency, has been dropped by 2K Games because of their threat to withhold review copies of games for scathing reviews of Duke Nukem Forever.

Jim Redner, the owner of the PR agency angrily tweeted, "Too many went too far with their reviews…we r reviewing who gets games next time and who doesn't based on today's venom." The tweet has since been deleted, but the damage was done, and 2K Games dropped The Redner Group as a client.

Redner later apologized for the tweet and sent an e-mail to press members saying, "Though I didn't name names, I did say that I thought some reviews had gone too far in tone. Meaning, that the tone of some of the reviews was poor. I respect the scores, it had to deal with the tone. I was unable to properly convey that in 140 characters."

He continued, "We are all entitled to our opinions regardless of score, tone or meaning. My response was a juvenile act on my part. I know better and my emotion got the best of me. I have worked very hard on this project. I want it to succeed. I just got upset and acted out."

"2K Games does not endorse the comments made by Jim Redner and we can confirm that The Redner Group no longer represents our products," 2K Games stated in a press release. "We have always maintained a mutually-respectful working relationship with the press and do not condone his actions in any way."

Some of the harshest reviews came from Ars Technica, who stated Forever was "like watching your uncle tell racist jokes at Thanksgiving and praying someone has the guts to tell him to cut it out, but this time it's interactive—and you're the uncle," Eurogamer which stated "your time and money would be better spent reliving his iconic past than bearing witness to this gruesomely mangled resurrection," and Destructoid, which berated, "The reality of Duke Nukem Forever is that it's absolute garbage that should have stayed confined to the bowels of Development Hell."

Strategy Informer's review was milder, giving the game a 7.0/10, and concluding, "It may go down as one of biggest anticlimaxes in gaming, but don’t expect too much of it and you might enjoy it."