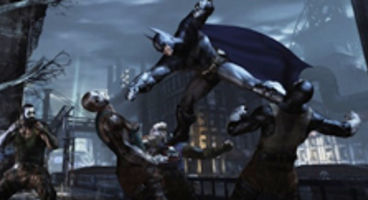 Warner Bros. announces that Rocksteady's Batman: Arkham City fully supports stereoscopic 3D on both Xbox 360 and PS3 when it releases this October.

"Gamers on Xbox 360 and PS3 can delve deep into Arkham City’s breathtaking environments and immersive gameplay in stereoscopic 3D when playing on any 3D HDTV and wearing active shutter glasses that are compatible with the television," said Warner.

Until now videogames had only really pushed 3D on PS3 and PC but suddenly the Xbox 360 console wants in on the action, and Epic's Red Fergusson revealed that Gears of War 3 was supporting 3D too. Anaglyphic 3D is available for Batman: Arkham City with HDTV.