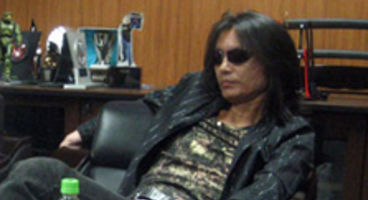 He won't be appearing as himself exactly, but as a pre-existing character model for the player to choose from. Itagaki-san will sport his leather jacket and shades.

The character creation feature in Saints Row: The Third is even more expansive that what was available in the first and second game. However THQ and developer Volition decided to throw in a pre-existing model or two it seems.

Devil's Third is Tomonobu Itagaki's latest project and it's being published by THQ. He left Team Ninja after he had a falling out with Tecmo. Saints Row: The Third takes place in the all-new city of Steelport as the Saints leave Stilwater to expand their empire.

Saints Row: The Third releases on Xbox 360, PS3 and PC November 15th in the US, 18th in Europe. Do you enjoy importing celebrities into your games, given the chance?