16 September 2011 | By Jonah A. Falcon
It seems that the UK will be getting the special 5th Anniversary Edition of The Elder Scrolls IV: Oblivion, as rumored last July. Previously, the special edition was released in North America in June. 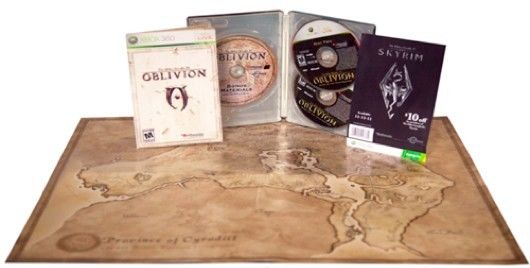 The 5th Anniversary, which was leaked by the BBFC, included the original game, the Knights of the Nine DLC, the Shivering Isles expansion, a collectible metal case masterfully embossed with Daedric symbols, a behind-the-scenes documentary on the making of Oblivion, and a full-color map of Cyrodiil and the Shivering Isles.

Bethesda has now confirmed that it will be coming to the UK, and will be available in stores for the PlayStation 3, Xbox 360 and PC on September 23.