Star Wars: The Old Republic has "opportunity to grow" MMOs 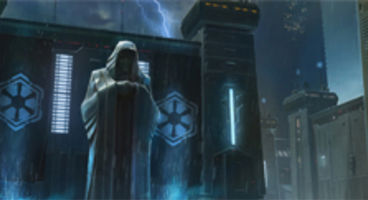 Who says the Star Wars: The Old Republic MMO has the chance to grow the MMO market? Was it some EA PR lackey? No, it was Blizzard boss Frank Pearce.

He says "if done right" it could see the MMO market expand, which is "very important to the industry" and not just EA. It's expected to launch this September.

One of the keys to World of Warcraft's success was "building a universe around an already established franchise that was near and dear to the hearts of gamers”, said Blizzard co-founder and executive VP Frank Pearce. Star Wars is certainly beloved.

“This is a game that has an opportunity to grow the MMO market if done right and therefore is very important to the industry as a whole, not just EA,” continued Pearce.

Blizzard CEO Mike Morhaime chipped in too: “It’s certainly a strong franchise and BioWare’s a great developer. We’ve talked about this internally and from our perspective we hope they make an enjoyable game because they’re going to bring in a lot of new players to the MMO genre, and those players’ idea of whether or not they like this type of game is going to be determined by that experience.”

Star Wars: The Old Republic is made by RPG veterans BioWare.

The MMO is a co-production between LucasArts and EA. Star Wars: The Old Republic is believed to be retailing this September with monthly subscription fees.