Blizzard has "hands full" with titles, no time for StarCraft spin-off 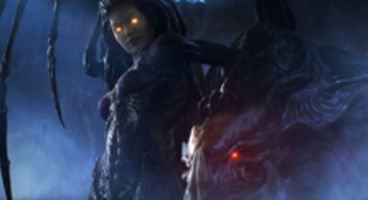 Blizzard co-founder Frank Pearce has admitted if there was a team "free and available" for a StarCraft MMO then it could happen, if they were "really passionate".

Right now though they've got their "hands full with everything" and so Blizzard hasn't the time to "to do anything beyond" StarCraft as a real-time strategy series.

"We definitely feel like all the worlds we create would lend themselves well to multiple genres and multiple forms of media," said Frank Pearce during Gamescom.

"So, if there was a development team within Blizzard that was free and available to create a StarCraft MMO and that was something they were really passionate about then we would certainly consider it." Fans speculated StarCraft was the new Blizzard MMO.

"But right now, as you can see based on the presentations these guys did tonight, we've got our hands full with everything we're doing. So we don't really have any plans to do anything beyond the StarCraft RTSs and the expansions right now," continued Pearce.

"But anything's possible, because we have created such rich and cool universes." Blizzard's new MMO project is based off an all-new universe teased the studio, and not from anything they've created previously; it's simply codenamed 'Titan'.

Are you eager for more StarCraft, videogamer? Heart of the Swarm is up next.