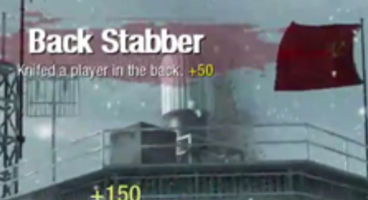 A senior support rep at Activision recently replied to a PS3 Call of Duty: Black Ops player stating that the publisher has the "right to shut down the servers".

They went on to say that based on the "number of reported posts" from disgruntled users over connection issues, it "may be a viable solution over the free PSN."

Blogger Jason Koblovsky says he's been having "connection problems for the past 3 month" of Call of Duty: Black Ops release, "like the majority" of others on PS3. Koblovsky also says he's been in touch with Activision to find out what they're doing to fix it.

Their response was the following:

Well I have nothing else to offer and I too follow forums and have many friends who play and enjoy the game for all of its features. As an avid gamer, I would also disagree with any legalities involving a single aspect of a game as online experience may change at any time. The publishers have the right to shut down the servers for their game at any time as well which based on the number of reported posts from users may be a viable solution over the free PSN.

In any event, if you would like to send your game disc into us, we can either;

b) Swap for another platform

c) Exchange for another Activision title of equal or lesser value.

These are the options that we are able to offer to you as a one time courtesy.

Let us know how you would like to proceed.

Koblovsky took this as "a threat" to the gaming community to "keep their mouth shut" and explained so to Activision in his response to them. Fortunately it's unlikely to take place as it would be a severe embarrassment for both Acti and Treyarch.

Not to mention a massive blow to confidence in the studios from the PlayStation 3 community. However it doesn't help that Sony's console is currently vulnerable to hacks as Infinity Ward recently bemoaned.

The majority of Call of Duty gameplay takes place online ever since Call of Duty 4: Modern Warfare exploded the series popularity. Have you been having serious connection issues with Black Ops over the PlayStation Network?