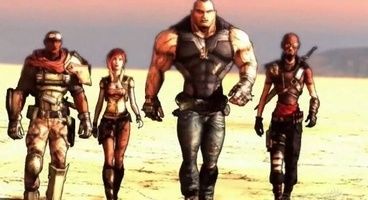 Gearbox is denying accusations that they "dumped content" from the first Borderlands into the recently announced sequel. According to Gearbox marketing VP Steve Gibson, Borderlands 2 was built from the ground up.

The insistence from Gibson came at the Borderlands 2 presentation at Gamescom this week. Gibson stated, "At many studios there is a lot of what we call 'content dumping', where people make a load of extra content with their first game, put it together on a disk, and add a '2' to the original game's name."

Such acts, he claimed, are "a disservice to gamers".

"That's not what Borderlands 2 is about at all. We've truly redone everything," concluded Gibson. "We've rebuilt the world."