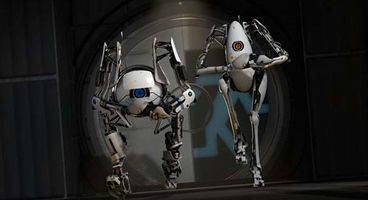 There's evidence that Portal 2 had competitive multiplayer to go along with its co-op mode. A forum poster found the following console commands in the game:

Apparently, there was the possibility of having enemy players in multiplayer.

Not that the news is totally surprising - Erik Wolpaw actually discussed such a feature in 2010 during the Summer: Along with co-op,

There may not be any versus multiplayer in Portal 2, but you can bet some modders will take what Valve half-started and run with it.