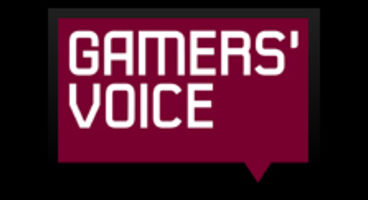 Notable opponent of videogames, UK MP Keith Vaz, has provoked a response from Gamer's Voice as he put forward an early day motion before the Commons.

It was of "amateurish delivery and reactionary tone," said the UK group. It insinuates gamers are "all pale skinned recluses who shun social interaction".

The early day motion was entitled 'Video games and young people' and was present by MP Keith Vaz, a man known for demonising the videogames industry and gamers.

Here's the motion from the House of Commons: "That this House welcomes the call by Shigero (sic) Miyamoto, creator of Super Mario, for people to drop their joypads and venture out into the sunlight once in a while; recognises that video games have addictive properties; notes that children flourish when they undertake a variety of extra-curricular experience; further notes the current Hungarian EU Presidency priority of protecting minors from harmful audiovisual media content in media legislation; is concerned about the potential impact of violent video games on those under 18; and calls on the Government to ensure the purchase of video games by those under 18 is carefully controlled and that parents are encouraged to limit the amount of time children spend on video games."

UK group Gamer's Voice was less than happy with this attempt at positioning the Commons against videogamers. "Our issue with the EDM is its amateurish delivery and reactionary tone," they said in a statement.

"To declare that the people who play video games are all pale skinned recluses who shun social interaction is both absurd and insulting. It is also an outdated way of thinking and a view we at Gamers' Voice have done our utmost to eradicate."

"Besides, would Mr Vaz be equally as critical of children who spent their days pouring through poorly written fantasy books about boy wizards and teenage vampires? Probably not. After all, reading fiction is an acceptable pass time. Spending similar amounts of time playing of video games however can only lead to ruin. That is if Mr Vaz is to be believed, at any rate."

They praised Tom Watson and John Whittingdale however for giving "firm political support" in motions to call for "research and development tax credits allowed for the games industry to be widened." Gamer's Voice wants support for early day motion 1781, which Watson and Whittingdale put forward.