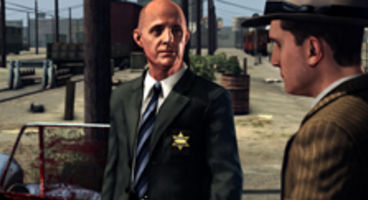 Splash Damage's Brink has been knocked down third as Team Bondi's L.A. Noire, with siren blazing, screeches onto the scene and takes first place.

It has become the 13th and 11th fastest-selling title for Xbox 360 and PS3 respectively. The Witcher II: Assassins of Kings has got itselt a very respectable entry at 5th place considering it's a singleplayer-only RPG and a PC exclusive.

Below is the UK all format charts top 20 for the week ending May 21st. 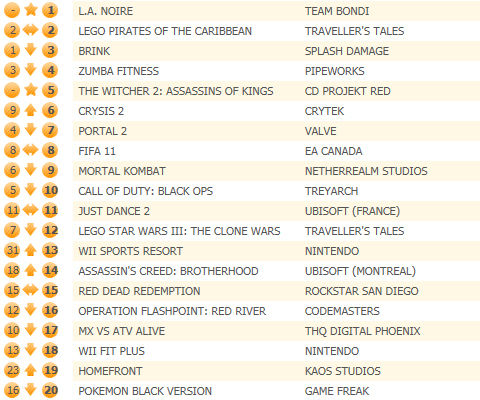