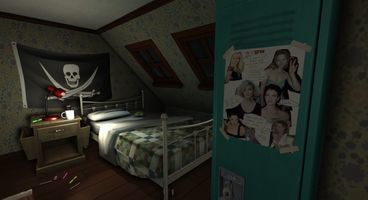 Peter Hines of Bethesda has confirmed that "obviously" any future titles from the game studio will make use of the new Creation Engine technology.

It will debut in Elder Scrolls V: Skyrim which hits in November this year. Hines tells fans they're "gonna have to wait and see" what project is next.

Fallout 3 and Fallout: New Vegas were both criticised for Bethesda and Obsidian's use of the Gamebryo engine from Elder Scrolls IV: Oblivion for being too outdated. “Yeah, I mean obviously, whatever Bethesda Game Studios works on after Skyrim will take advantage of the tech that they have developed,” confirmed Peter Hines.

“But what that next product is or what it’s going to be? Everybody’s gonna have to wait and see. Right now, it’s been used for Skyrim and that’s what our focus is on. We aren’t saying what they’re going to work on next.” Could it be Fallout 4 perhaps?