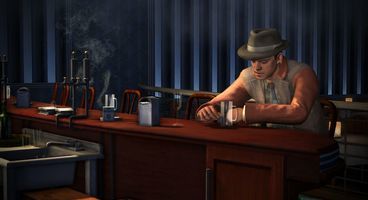 Arvind Bhatia, an analyst from Sterne Agee thinks that Take Two's recent successes including L.A. Noire will make the publisher more likely to be acquired, by Activision in particular, calling it a "reasonable bet".

According to Bhatia, “Take Two investors know that the risk of game delays and the accompanying earnings volatility is inherent to their investment in this stock. What should be more important is that with the strong launch of LA Noire last week, Take-Two has created yet another valuable franchise.”

“We think the company has now made a strong case for generating average annual EPS of $1.00 going forward ($1.35 ex the MLB contract that expires in 2012)," he continued, "With the GTA catalyst still ahead and the possibility of a takeout still a reasonable bet, we are reiterating our $19 price target which is based on our sum-of- the-parts valuation.”

Two years ago, it was strongly rumored Electronic Arts would purchase Take 2 prior to the release of Grand Theft Auto IV. The deal, which failed, was at a time when Take Two was struggling financially.