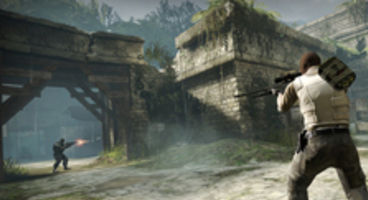 Valve's PlayStation 3 version of Counter-Strike: Global Offensive will fully support the use of keyboard and mouse, unlike the Xbox 360 version however.

PC/Mac and the PS3 versions support cross-platform play like Portal 2, so ditching the controller sounds almost a necessity. Beta begins in October.

Gabe Newell wants Steamworks support on Xbox 360 but Microsoft remains unconvinced. Xbox 360 players of Counter-Strike: Global Offensive will be on their own and only able to play using the pad. All GO maps are based on Counter-Strike 1.6 and CS: Source.

Five maps occupy the Bomb/Defuse mode and two for Hostage Rescue. Valve will host its own servers and only theirs will support matchmaking via player skill. Of course players can always host their own if they prefer. The beta starts up this October.