Morhaime: Value of World of Warcraft's $15 a month "unmatched" 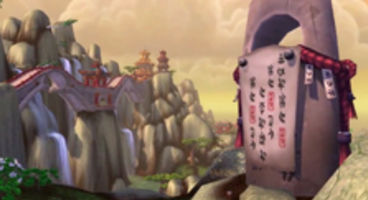 Their MMO is "just unmatched" even when put it against "EA with the Star Wars game," he said. It "isn't true" the less you charge the more you make from MMOs.

Other big name MMO titles have all recently made the switch to the free-to-play model, like Age of Conan, Star Trek Online, DC Universe Online and Lord of the Rings: Online. Analysts have whispered that World of Warcraft will likely follow suit eventually.

"For us, and even for EA with the Star Wars game, I think that the value that you get for the $15 a month is just unmatched," said Mike Morhaime in an interview. "I don't think you can get that amount of entertainment value anywhere. I'd put the $15 up against anything."

Going free-to-play isn't always best financially. "I think that there's an underlying, a fundamental assumption right now, that the less you charge, the more money you make. Which isn't true. And it doesn't necessarily make for a better game," he said.

"I mean, everybody likes free... I think that definitely, players have seen a lot of really great quality free-to-play experiences, but I'm not sure it's the best model for us right now." WoW does in fact use free-to-play for its trial version by imposing an early level cap.

BioWare's Star Wars: The Old Republic has been predicted by Sony Online's John Smedley to be the last big MMO to employ a monthly subscription charge.

"I think it is a very difficult market to compete in, I think it's very expensive to make these games, especially if you're expecting people to pay a monthly fee just to play the game," continued Morhaime. World of Warcraft set the bar of MMO quality expected.

"And so there are very few companies that can compete at that high level with those types of budgets." Blizzard took an enormous gamble developing WoW but fortunately the Warcraft universe proved too irresistible at a time when PC gamers were hungry.

"Definitely if you're not charging anybody, they're going to be a lot more forgiving about the experience they have. They haven't paid anything. So in terms of developers entering the market, I can understand why a lot of games might choose to go free-to-play."

Blizzard has announced the next expansion for World of Warcraft as the 'Mists of Pandaria', which introduces the Pandaren monk race to the world of Azeroth, who were first brought into lore by PC real-time strategy Warcraft III - they sure took their sweet time.

Does World of Warcraft offer the best entertainment value?