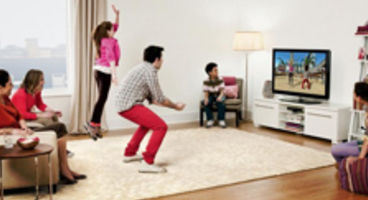 Kinect Sports managed to make losers of LEGO Harry Potter and Toy Story 3 at this year's BAFTA awards ceremony for videogames as it won 'Best Family Game'. "With Kinect Sports winning Best Family Game, you could argue Xbox is moving to a broader audience in terms of its market appeal,” said Microsoft UK boss Neil Thompson.

“And as the install base grows, more publishers will seek success because the range of consumers we’re attracting to the platform is becoming more diverse every day. I think people will see that success and love it.”

"We’re constantly looking at what we’re doing as a platform,” he added.

“I think people are excited about Kinect, that’s what we’re focusing on and that’s what you’re going to see us really deliver on as we go through this calendar year, both in terms of what we’re doing with that platform and the different types of gaming experiences that we’re bringing to the market.” Kinect is a Guinness World Record holder.