Zumba Fitness remains limber atop the UK all formats chart

505 Games' Zumba Fitness remains the UK's number one title for a second week as it fends off LEGO Star Wars III: The Clone Wars and Crytek's Crysis 2.

FIFA 11 is back with a vengeance rocketing 4th, and Homefront holds the line 6th. LEGO Harry Potter works its magic from 23rd to 11th. Pokemon nudge up.

Warner Bros is over the moon to report that LEGO's latest license gold is Harry Potter: Years 1-4 having sold 2.7m copies around the world.

It's still a ways from LEGO Batman's 7m milestone but with boy wizard Harry Potter due again in cinema, it should catch up pretty soon. 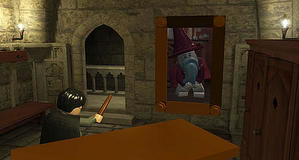