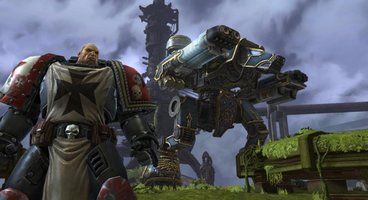 Games Workshop is also pleased with the licensing agreement. "The impressive translation of the Warhammer 40,000 universe from the tabletop to the video game space by THQ certainly highlights the potential of our most successful intellectual property in the right hands," beamed Mark Wells, Games Workshop CEO on the renewal.

He continued, "We know that the depth of the storylines, characters and imagery of the Warhammer 40,000 universe positions the IP to excel across many media platforms - and extending our agreement with THQ will help ensure that Warhammer 40,000 maintains a strong and growing presence in the video game space."