02 January 2012 | By Jonah A. Falcon
One of the new Battlefield 3 maps, Wake Island, has an interesting little Easter Egg - in one corner of the map, the number 2143 is stenciled on the side of a metal structure.

Let us know if you'd be interested in a new Battlefield game with a futuristic setting. 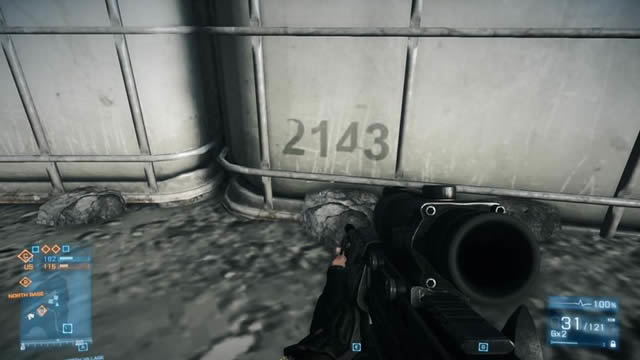