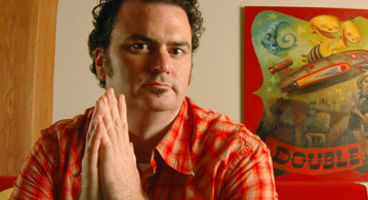 "We're not really moving away from... all the things I was saying about size issues, if that's not too provocative, size issues, that sounds dirty. Ok, now everything I say is going to sound dirty... this is just taking an ugly turn," Schafer joked during an interview at the D.I.C.E. (Design, Innovate, Communicate, Entertain) Summit when asked about whether he'd return to major releases.

He then added, "I still like to make big fantasy worlds and I think we'll do another big game again. We're actually at DICE here pitching a pretty big game, so it's not about size, it's about what you do with it. There I go again - ah, forget it. It's about creativity, as I told my many lovers."

Schafer's turn towards smaller, more intimate games has been due to the intensity of making a AAA title. "Those kinds of games like God of War or Brutal Legend are a pain in the ass to make. It's incredibly stressful. You tear out your hair. You don't see your family. You make a lot of enemies to get something done," he admitted.

"I want to make something like Costume Quest or Calling All Cars as like a, 'aahh...', it's just so nice to (get a breather)," he revealed, but then added, "But then you do start thinking about like a Brutal Legend - making that world and all those characters and stuff was... it's fun to make something big."

Is the recently trademarked The Cave Schafer's next big project? Many hope that it will be Psychonauts 2, as was rumored mid-February.

Whatever the case, it seems Schafer is prepping to make a new large scale retail game. Stay tuned.