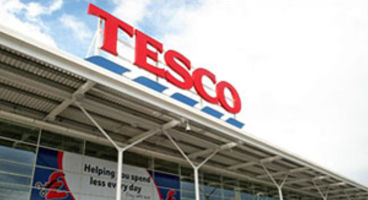 UK mega chain Tesco has said that unless retailers and publishers embrace a "collective will" then the games industry will continue to suffer in sales, endangering its long term prosperity.

As it stands video games 'score poorly' among key factors considered by retailers for shelf space. The current model for games "as packaged goods is unsustainable," cries Tesco.

There's just too much high risk and too low a profit margin to be enjoyed for more space to be allocated. A new strategy needs to be thought out by both sides and applied.

"I think there is little doubt that the current commercial model for games as packaged goods is unsustainable," said Tesco’s Rob Salter. The rise of digital platforms has already eroded significant portions of the physical PC game market which was already suffering from a severe lack of shelf space compared to home console platforms.

“In determining how resources are allocated, space for example, a retailer looks at key factors like market growth, margin, cost to serve and ease of operation, shrink risk, returns and exit protection, and broader traffic and spend driving properties," he continued. “Video games currently scores poorly on every one, and that cannot be good for anyone involved in the games business and for its long term future."

“We can address many of these issues, but it requires a collective will to do so between both publishers and retailers."

“Digital does and will play a key part in the future of the video games business. However, as others have learnt to their cost, having an ambition without a clear plan of transition that retail partners and customers buy into, is even more risky than the business we are already in.” Many advocated physical goods will play a role in the games industry for at least another decade; presumably until there is better broadband infrastructure to cope.

The biggest gripe studios and publishers have with retailers is the trade-in market for games.