05 September 2012 | By Jonah A. Falcon
Star Wars: The Old Republic senior designer Austin Peckenpaugh has posted in the official blog some of the upcoming fixes and tweaks that will be coming in the 1.4 update, focusing on crowd control and stealth abilities.

According to Peckenpaugh, "Our goal for crowd control in The Old Republic is to provide abilities that allow the player to take control of a fight, turn the tables, and feel great for taking charge." 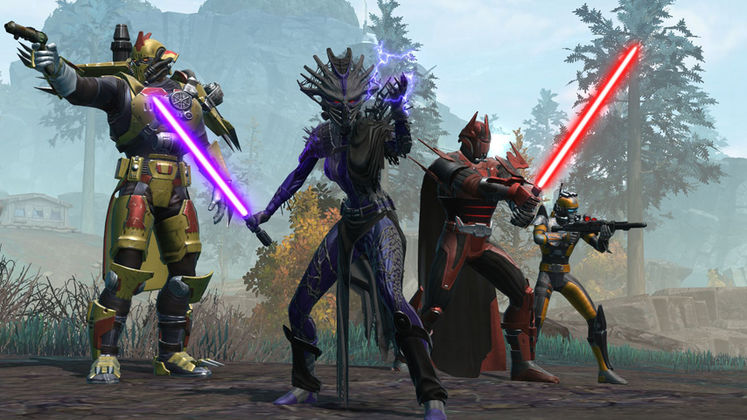 So, some of the tweaks being made include:

* Electro Dart and Cryo Grenade now have a 10-meter range.

* Electrocute and Force Stun now have a 10-meter range.

* Whirlwind and Force Lift still have an activation time and still have a 30-meter range.

* Dirty Kick and Debilitate still have a 4-meter range and still have the shortest stun cooldown in the game.

* Flash Bang and Flash Grenade still have a 30-meter range and are exceptions to this philosophy, as they provide essential gameplay for the Sniper and Gunslinger.

While Stealth was useful for PvE, BioWare realized that the Stealth spec wasn't very attractive for PvP. According to Peckenpaugh, "In PvP, the community has made it clear that they want more from stealth specs than 'lone wolf' gameplay. In the case of Infiltration/Deception, the spec’s fragility was of great concern to many players, insofar as it didn’t encourage the spec to contribute well to lengthy fights or lend support to teammates."

* Energy Screen has been renamed to Ghost. Fight or Flight/Ghost: Now this skill finishes the cooldown on Sneak when you exit stealth mode. Furthermore, this skill allows Sneak to be used out of stealth mode, increasing movement speed by 50% for 6 seconds. This skill still removes the healing done and healing received penalty caused by Disappearing Act/Cloaking Screen.

* Infiltration Tactics/Duplicity: Now when triggered, your next Shadow Strike/Maul deals 30% more damage and costs 75% less Force. This cannot occur more than once every 15 seconds, but each rank after the first reduces this rate limit by 3 seconds.

* Celerity/Avoidance now additionally reduces the cooldown of Force Speed by 2.5 seconds per point.

* Masked Assault/Darkswell: Now additionally finishes the cooldown of Blackout when you exit Stealth mode. In addition, Masked Assault/Blackout causes Shadow's Respite/Dark Embrace to reduce all damage taken by 25% while active.

* Fade now additionally reduces damage taken from area effects by 15% per point. Kinetic Field/Entropic Field no longer provides this effect. Now reduces the cooldown of Force Cloak by 15 seconds per point (down from 30 seconds per point).

* Kinetic Field/Entropic Field has been redesigned. Now critical hits cause you to build a Kinetic/Entropic Field, increasing damage reduction by 1% per point per stack. Stacks up to 3 times.

* Humbling Strike/Magnetism is a new 1-point skill. Causes the target of your Spinning Kick/Spike to be slowed by 70% for 3 seconds when the knockdown effect ends.

* Clairvoyant Strike/Voltaic Slash: Using Project/Shock no longer consumes the buff provided by this ability. This change was made to better synergize with Spinning Strike/Assassinate during execute phases.

The 1.4 update is due to be released in the next few weeks.