05 November 2012 | By Joe Robinson
Well, poo. It’s that time again folks – that time where I look through the month’s releases and remind you of the highlights, and once again I’m faced with an impossible decision of choosing who the King of the October Hill is. With stellar showings from Assassins Creed III, XCOM: Enemy Unknown, Dishonored and Forza Horizon (all of which are equally unique games), it’s hard to know where to point the finger. Still, let’s run down what we have: 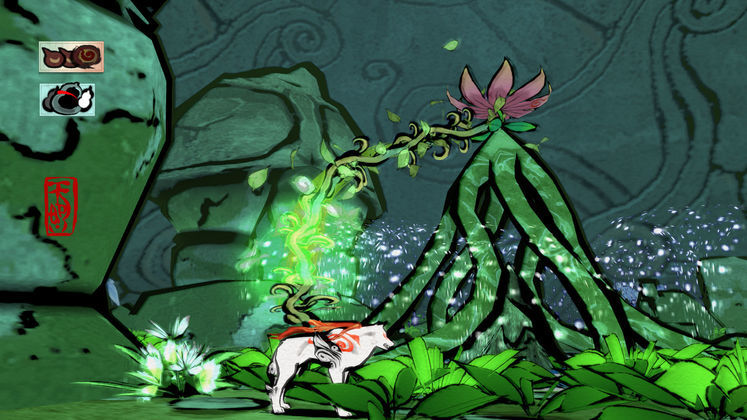 Okami is one of those projects that, despite being a critical success, did not sell nearly enough to be considered commercially viable. It’s a sad state of affairs when this happens, and a stern reminder to those of us who do this for a living that, ultimately, we’re not faced with the choice of what to spend our money on. One of the last games released for the PlayStation 2 in 2006/7, Okami was a beautiful cell shaded journey through Japan as you play the Goddess Amaterasu trying to save the land from evil, and Capcom has finally seen fit to release a HD version via the PSN. As Adam Tingle writes:

“So what more can I say about Okami other than that it is an unforgettable, beautiful experience? If you have never had the pleasure to check out this Shinto-adventure, then this HD remake is the definitive version. Capcom and HexaDrive have recreated this classic for another generation. Go and buy it on the PlayStation Network right now.” 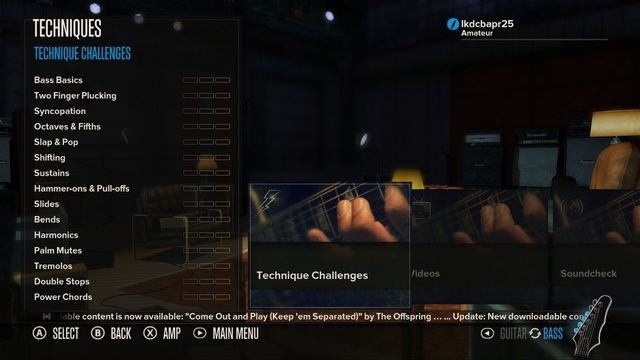 With the ‘golden days’ of Guitar Hero and Rockband firmly behind us, there’s been an absence of rhythm-action games of late. Of course, the whole reason the afore-mentioned franchises ended up failing was because too many were released in too short a time (especially with those expensive perhipherals), but now that the waters have settled there is room once again for a smarter approach to this genre. Rocksmith, from Ubisoft, is one such offering. Less of a ‘game’ and more of an actual educational tool, Rocksmith is able to use any real electric guitar or bass, and provides many tools and mini-games to help you learn how to play it properly. Adam Tingle had this to say:

“And in that school of thought, Rocksmith could be one of the most powerful learning tools available. Rather than sitting alongside Guitar Hero in your local GAME, this should be in music shops, replacing boring instructional DVDs. While Ubisoft may have fundamentally failed to grasp the commitment behind learning actual guitar, the product behind it is sound. It may be a steep initial outlay to play, but if you're serious about learning guitar, this one will put you on the right path, while entertaining you in the process.” 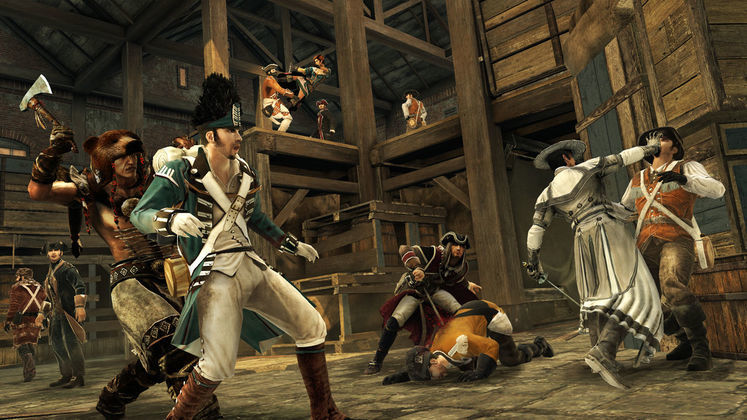 The long awaited third instalment of Assassin’s Creed 3 promised much – bigger worlds, better stories, more intense action. It also promised that we wouldn’t rag on the British all the time, but I guess you can’t expect them to deliver everything. Anyway – few would say Assassin’s Creed III is anything other than a triumph, and it’s widely held as the best Assassin’s Creed to date. But don’t take my word for it, let’s see what Nick had to say:

“Connor's adventure is an excellent one. His story is methodical and meticulous, much like the land his people inhabit. A slow build-up may deter players, but plenty of memorable moments are worth sticking around for. The game is so rich with content and minor activities that it's almost impossible to tackle it all. The title tells a gripping story and invites you to create tales of your own. In many ways, Assassin's Creed 3 delivers on what Ubisoft set out to do in 2007.” 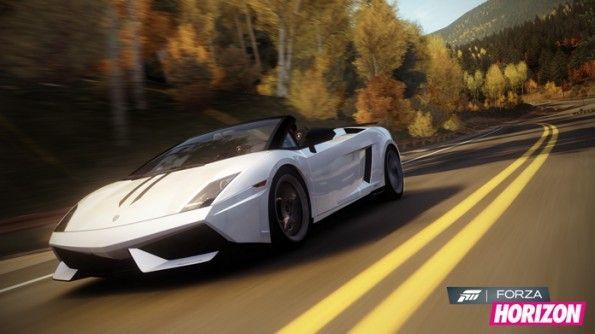 As someone who’s not much of a racing fan, even I found Forza Horizon enticing. Taking everything that makes Forza what it is, and placing it in a more open-world format gives everything that much more meaning and excitement. Coupled with a beautifully diverse setting in Colorado, this is one racer not to be taken lightly. Might be a bit too arcade-y for purists tastes, but just because the presentation is different doesn’t mean it’s any less serious about what it does. Nick Akerman was certainly won over:

“My cynicism has been crushed. Forza Horizon does everything a modern racer needs to. It mixes excellent handling, beautiful scenery, and freedom together for a truly majestic title. Perhaps the biggest triumph is the exquisite balance Playground has managed to find between casual and hardcore racing. Dare I say it, Forza Horizon is arguably the most attractive and all-encompassing racer of the generation.” 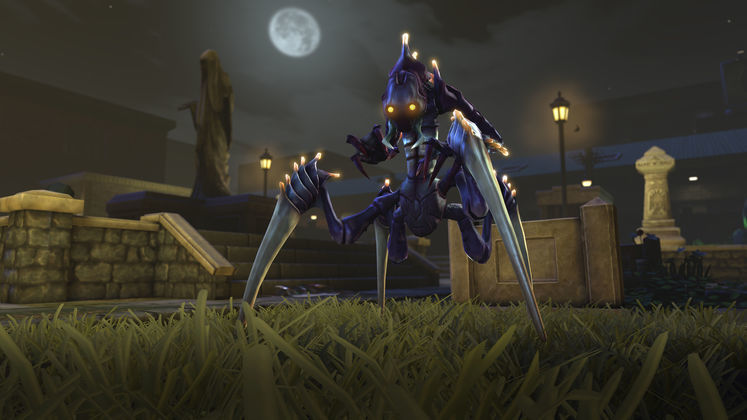 My personal favourite of this month, but sadly not the one I’m choosing to give the award to, the XCOM remake couldn’t have been handled any better. An excellent game on both console and PC (even if it’s a little ‘lite’ as a PC game), it combines meaningful depth in terms of strategy and management, and combines engaging moment to moment action. Every action, every soldier lost... it’s been a while since any game has made us all care so much about a collection of pixels. You can read both mine and Spencer’s review to get a taste for the different versions, but here were my concluding thoughts:

“XCOM has a knack for sinking its alien fangs into you and never letting you go, inducing many a sleepless nights wanting to do one more mission. The fact that there’s apparently DLC for this game means that, hopefully, it will just get better as time goes on. There’s hidden depths to this game that make it work really well as a console strategy game, and everything is suitably cinematic that, at the very least, you should have a very entertaining experience. And that’s not even touching upon the different difficulty levels and the Ironman mode, the particulars with expanding your ‘Ant Hill’ base, your… well; I’ll let you discover it all. Get to it Commander, the Earth isn’t going to save itself.”

And the winner is…. 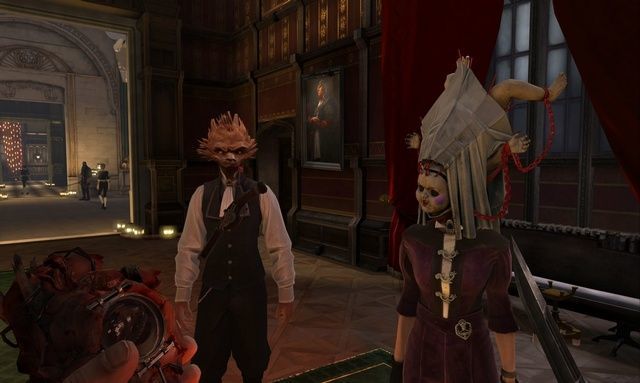 Dishonored gets our stamp of approval this month because it’s really good to finally see some successful new IP for a change. Sequels or remakes to all our favourites are all well and good, but repetition only leads to stagnation so on that alone, Dishonored gets our praise. Set in a fictional fantasy world (that on the surface is kind of steam-punk but in reality isn’t), you play as Korvo, a master assassin who is betrayed by his own people and out for revenge. Here is what Chris Capel thought:

“The plot may be straightforward but the level of detail in the world could inspire countless fan fiction stories. Some choices may not have the consequences you’d demand from Deus Ex or The Witcher but the vast majority do and they’ll blow your mind – you remember that side-quest I told you about earlier that sent me to another map entirely? I returned to it later in the game and my actions had left it overrun with Weepers. Get immersed in the world of Dunwall, of Tall-Boys, Weepers, Outsiders, Bone Charms and Granny Rags and you’ll be thinking about it long after the credits roll. Here’s what you’re going to do: buy Dishonored, put it on your system of choice, sit down, take your time, and play until Bioshock Infinite or Thief 4 comes out. But as far as I’m concerned, Irrational and Eidos Montreal really have to step up their game now Dishonored is here. Amazing.”

And that’s us done for another month, but by no means is that it for the year. Next month you’ll have giants like Halo 4 and Black Ops II gracing a retail store near you, so it’ll be interesting to see how those stack up. In the meantime, I hope we gave you some good Christmas ideas. See you next month!