Avalanche unveiling new game at E3, not Just Cause or Renegade Ops 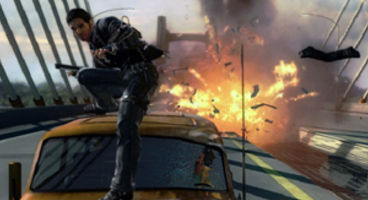 Just Cause developer Avalanche Studios will be pulling the sheet off a new project this E3 for fans to feast their eyes on, but it isn't a Just Cause or a Renegade Ops sequel.

It's a licensed property but not movie-based as they "aren't particularly interested" in that field, says CEO Christofer Sundberg. Tie-in's make for "crappy games" overall.

Whatever the project is it will be using a modified version of Just Cause 2's Avalanche Engine. Sundberg stated all their games would be story-driven open world affairs.

"I think the whole industry destroyed that. So much money's been pumped into those crappy games, it's amazing. It's really scary when you look at how bad they are." This is generally true of properties going in the opposite direction as movie producers tend to dilute characters to fit a cookie-cutter stereotype - which is saying something given the source.

"It's really challenging and fun to show license holders what we can do with an open world," he continued. The CEO refused to say if this had anything to do with the rumour that Avalanche was involved with Mad Max: Fury Road.

Avalanche's New York office has something aiming for 2014 and this E3 tease is likely it.