10 January 2012 | By Jonah A. Falcon
Game Informer has confirmed in its current February 2011 issue cover story that XCOM: Enemy Unknown will follow its predecessor's gameplay mechanic of mixing tactical turn-based combat with global real-time strategy. Some screenshots have given a glimpse of what to expect from the game. 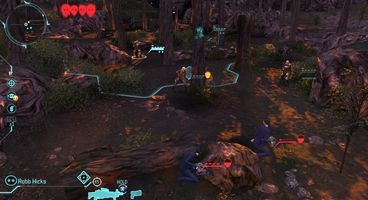 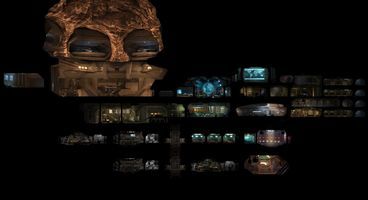 One screenshot shows off the tactical turn-based combat, as soldiers fight what appear to be Men in Black - or at least very human-looking aliens in blue suits. The icons show that they are on the side of the alien bad guys. Players with sharp eyes will also notice the movement border surrounding the active soldier, which is probably to show the maximum distance the character may travel during that action phase. Both humans and aliens also seem to be using natural cover as well. Cover was used to a lesser degree in the original, but more as obstacles to enemy line-of-sight rather than as practical cover.

The other screenshot depicts the base screen, where players can construct and arrange their bases. This version is side-on, as opposed to the original's top-down view, and stresses the bunker nature of the bases, since this particular base seems to be buried under tons of bedrock.

XCOM: Enemy Unknown will be released this coming Fall for PC, Xbox 360 and PlayStation 3.