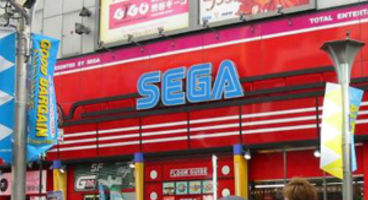 SEGA Sammy has lower figures in their latest fiscal report, which they blame partly on the global slump in the video games market, but more digital and mobile ventures will fight this.

Overall revenue was posted at ¥395.5 billion, which is a 0.3 percent year-on-year slip, with profits at ¥21.8 billion, down 47.4 percent from the previous fiscal's ¥41.5 billion. Looking forward SEGA Sammy expect this fiscal year to yield revenue of ¥470 billion with a profit of around ¥40 billion.